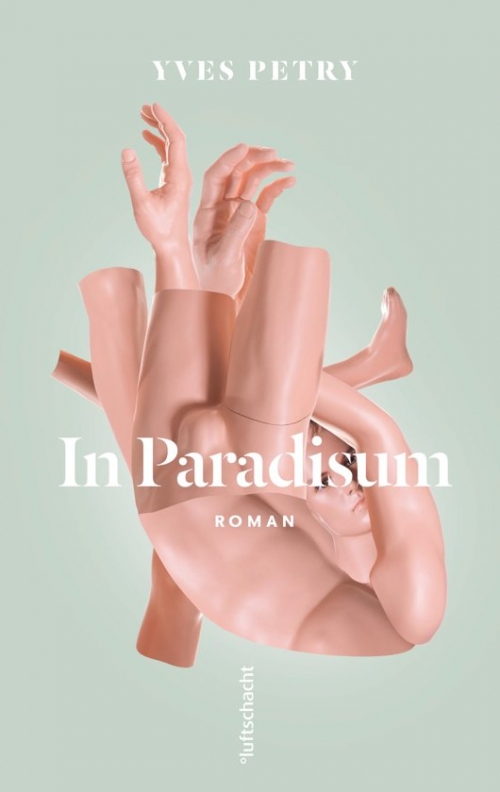 Yves Petry (b. 1967) studied mathematics and philosophy. He published his first novel in 1999. Since then he wrote six other novels as well as essays, short stories and theatre texts.

Summary of The Virgin Marino

The Virgin Marino was translated into German in 2016 (In Paradisum, publisherhouse Luftschacht, trans. Gregor Seferens). You may already know that The Virgin Marino was inspired by a notorious murder case in Germany in which a man was castrated, killed and partially eaten by his friend at his own request. Petry does not reconstruct the case in his novel. Instead, he seeks a possible explanation for what might possess someone to do such a thing.

The story starts with the description of the death of the 42 year-old Bruno Klaus at Marino’s place. Marino Mund, a 37 year-old computer specialist who lives in Brussels, gets sentenced for this murder. It is only further in the novel that the reader discovers what Marino did in the days following the crime (he buries the corpse, eats and savors Bruno’s buttocks, which gives him a stronger sensation than a sexual act, etc.). As an investigator interrogates him he quickly confesses everything. 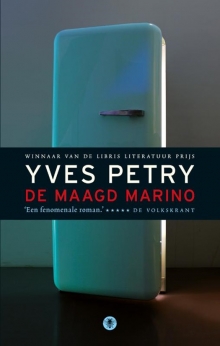 While Marino is in prison, Bruno who is dead dictates an account to him, enabling the author to put the motives of the victim into words, with sharp hindsight. Bruno becomes then the explicit narrative instance. Step by step, we learn a lot about Marino’s life, his childhood and adolescence, deeply marked by the intimate connection with his widowed mother, his difficulty in connecting to others, his inability to have sexual intercourses. Indeed, the title of the book refers to the fact that Marino remained virgin until his encounter with Bruno. Marino sees a threat in every man who enters his mother’s life, as well as in the sort of sect to which she belongs. When she dies, a few years before Marino kills Bruno, he finds himself helpless.

Throughout the chapters, we also discover Eveline Tits, Marino’s beautiful lawyer who often visits her client at first. The latter deeply trusts her and confides in her a lot. But he is upset by the voice speaking in him, that of Bruno. What really occurs in the head of Marino constitutes the essential setting of this story which is geographically located in Belgium. It is, in a way, a prison in the prison (or a cage in a cage) where the accused is serving his sentence.

Further on, Bruno develops what his own life was, always through the head of his murderer. As a literature professor at the university, he insists on the idea that “true literature is a crocodile mouth that catches us when we do not expect it”. Then this scholar in literature isolates himself more and more from the academic world and finds less and less interest in his own work. He loses the taste for words and literature, resigns and decides to commit suicide. Provided that his suicide takes place in a singular and most radical way: he sees the one opportunity to get rid of the organ that connects him most to life for good, his penis. He meets Marino at the same period and the two men sleep a few times together without real satisfaction for one or the other. Bruno’s plan to commit suicide interests the computer scientist who aspires to eat human flesh. Bruno implores Marino to keep the manuscript of the text he wishes to dictate after his death: he prefers how he appears in the text to the reality of his own life. In his vision, the publication of this text is supposed to cure their lives and get rid of their past.

Interest of the novel

The suicide scene at the beginning of the novel freezes your blood. Then, Yves Petry favours a narrative in which he gives much room to the philosophical dimension without reducing things to mere psychological aspects. He targets with ease and a cheerful style many dark considerations: solitude, ill-being, the disillusions of his two main characters, two men who seems to have nothing in common. With a keen sense of humour, the refined style of Petry is nothing ornamental; it is actually his means of expression. Reflection on literature itself occupies a significant place in this novel: thinking that literature, his one passion, has lost all its prestige, the brilliant Bruno believes that life no longer makes sense. Once he dies using the service of a very uncultivated man, he would, to a certain extent, write the work of his life.

The central subject can be daunting to readers. Then, the author justifies himself: “I think that one of the functions of literature is to formulate thoughts which are unacceptable and inaudible to society, or which are at least difficult to express; even if we cannot justify or restore the bizarre paths they take through our neurons in a coherent form, they exist. Our brain is so complex that we cannot avoid the aberrations it produces. But these aberrations are part of us, of our lives. In a way, we are absurd beings, and it is one of the tasks of literature to show this in an aesthetic and captivating way. In The Virgin Marino, there are two beings who perform an extreme and unjustifiable act; still, are not all our actions partly of the same nature? We never know very well why we act the way we do. The character of Bruno tells us that literature creates problems, not to solve them, but so as to highlight them. That is my own point of view. The individual himself is a very complex problem to which we have no answer unless, of course, he dies”. 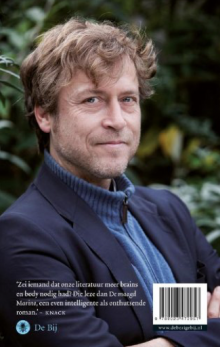 Petry’s power lies in a combination of extremely precise, carefully considered formulations and astounding stylistic elegance. His prose has a special flavour by his ironic undertone and is regularly embellished by dashes of misanthropy and gallows humor, everything being interlaced with spirituality, melancholy and even tenderness.

As a conclusion on this author whom I do not know personally, I would like to underline two major features allowing two of his last novels, The Virgin Marino (2010) and Love, so to Speak (Liefde bij wijze van spreken, 2015), to deserve recognition way beyond the Dutch-speaking area:

Petry’s prose reflects a genuine singularity: a voice and a style emerge, those of a true writer.

In addition, we notice a real evolution novel after novel, a subtle maturation revealing a taste for high requirement which might be that of the philosopher as well as that of the mathematician with a stimulating creativity as a storyteller.